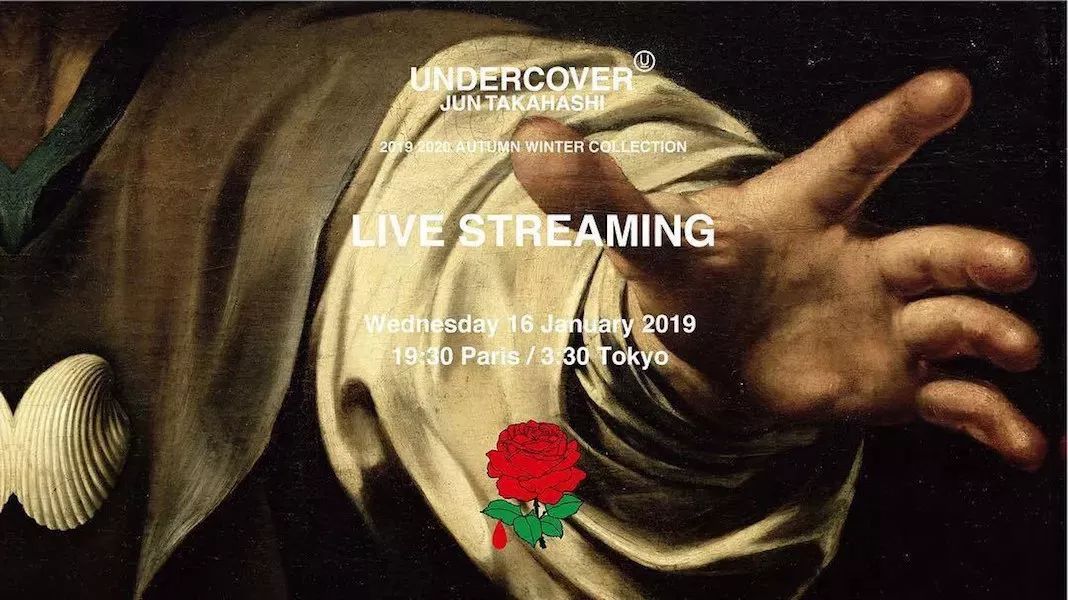 After Stanley Kubrick's science fiction masterpiece 2001: A Space Odyssey, Takahashi draws inspiration from another classic, A Clockwork Orange, the first suspenseful film in science fiction history about the human spirit. The new UNDERCOVER 2019 Fall/Winter Series is a collection inspired by the mixture of both science fiction films. It was launched at Men's Wear Fashion Week in Paris. 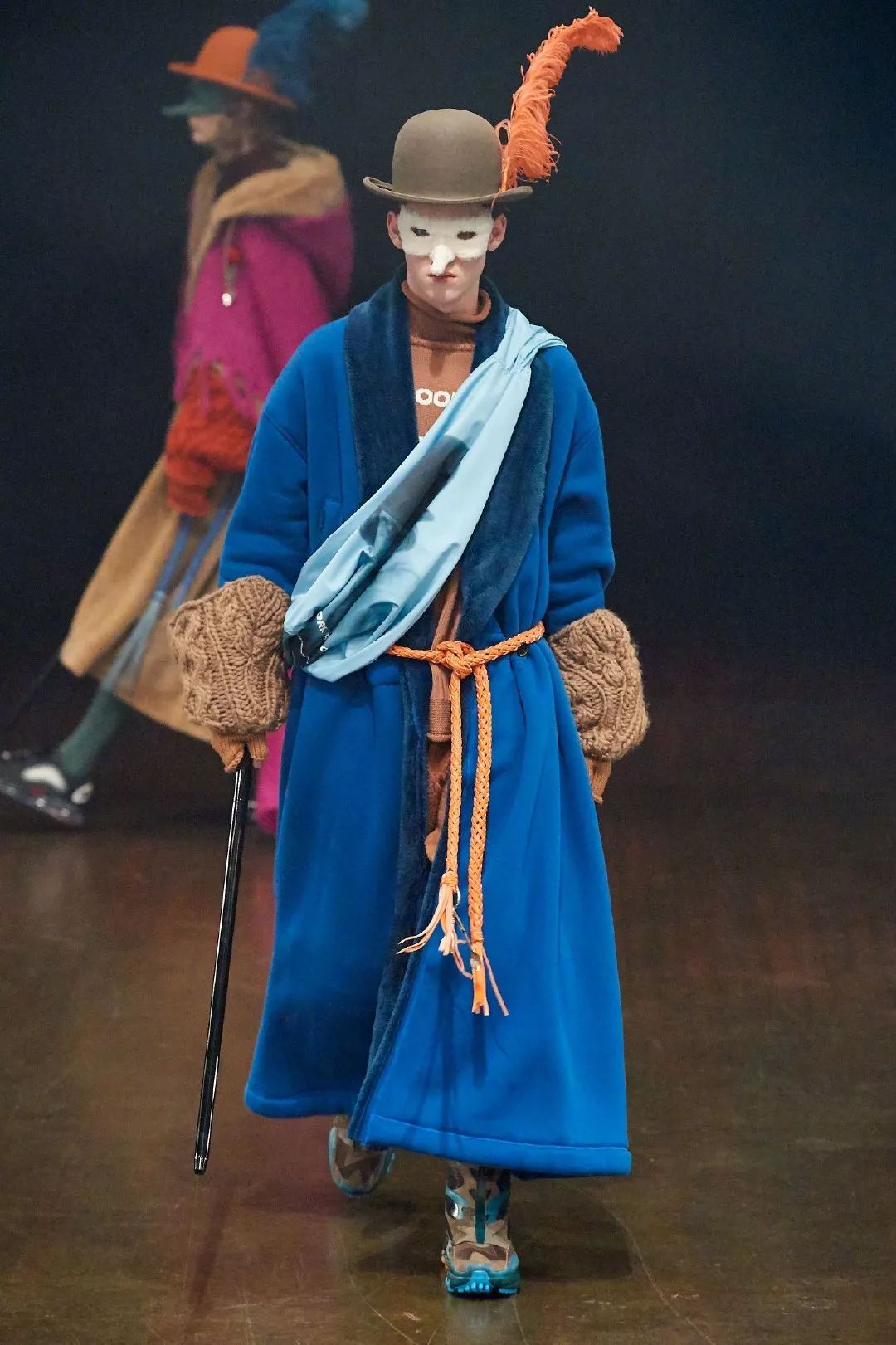 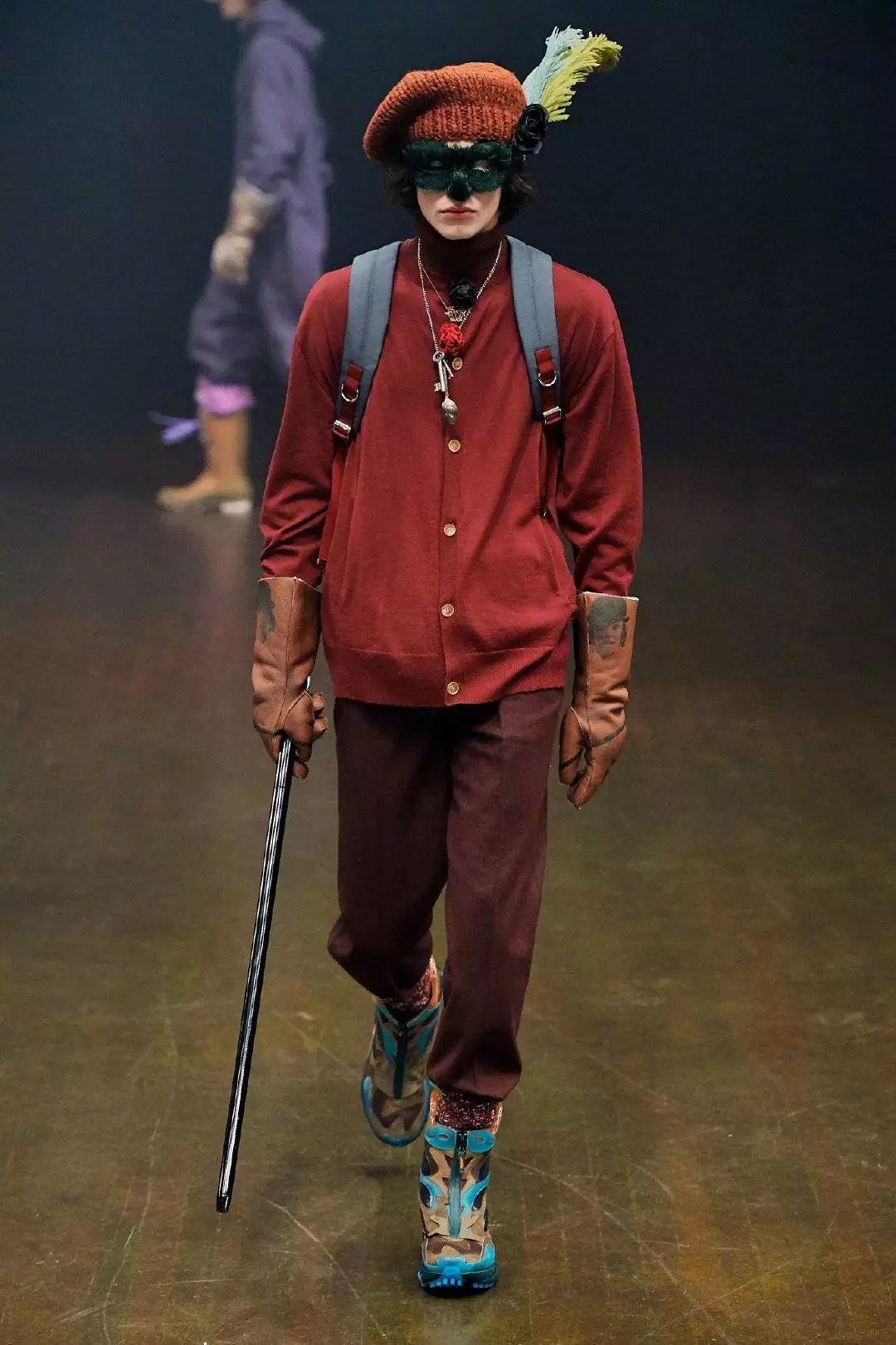 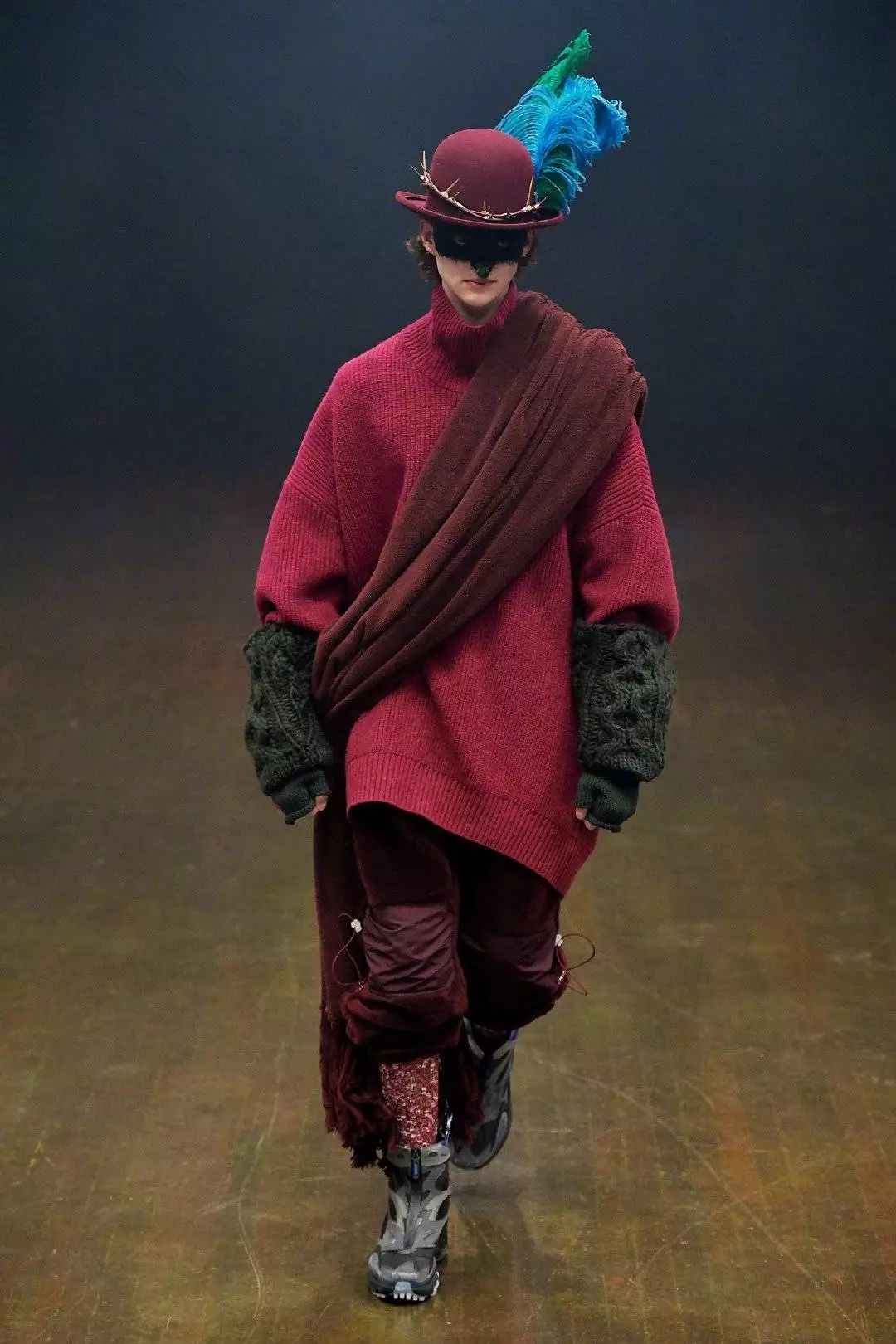 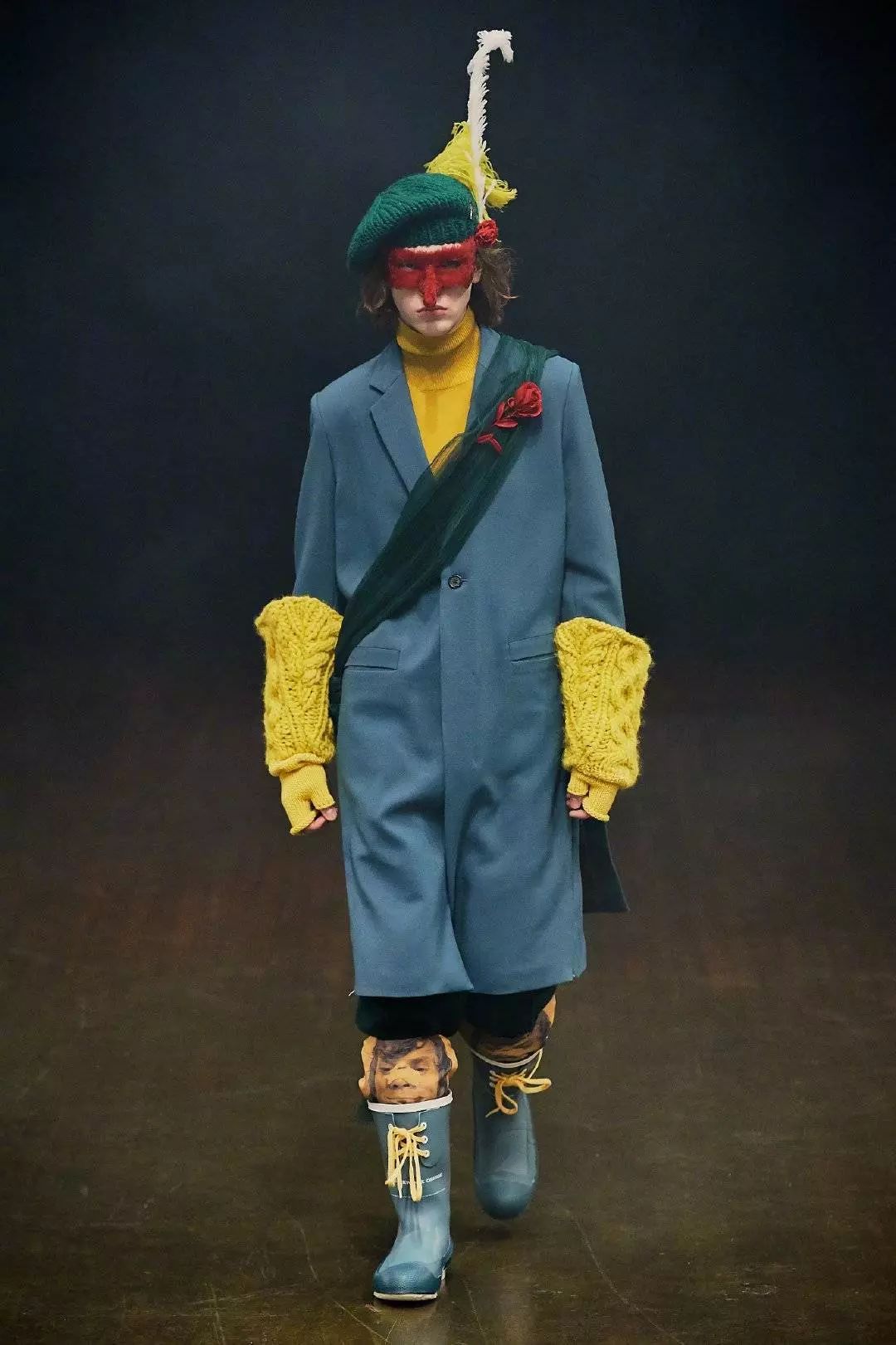 The new season also signatiure is large print style, with scenes and characters from the A Clockwork Orange film stringing together the entire series. It features knit sweaters, velvet and tweed suit jackets, a functional vests and a variety of hats. 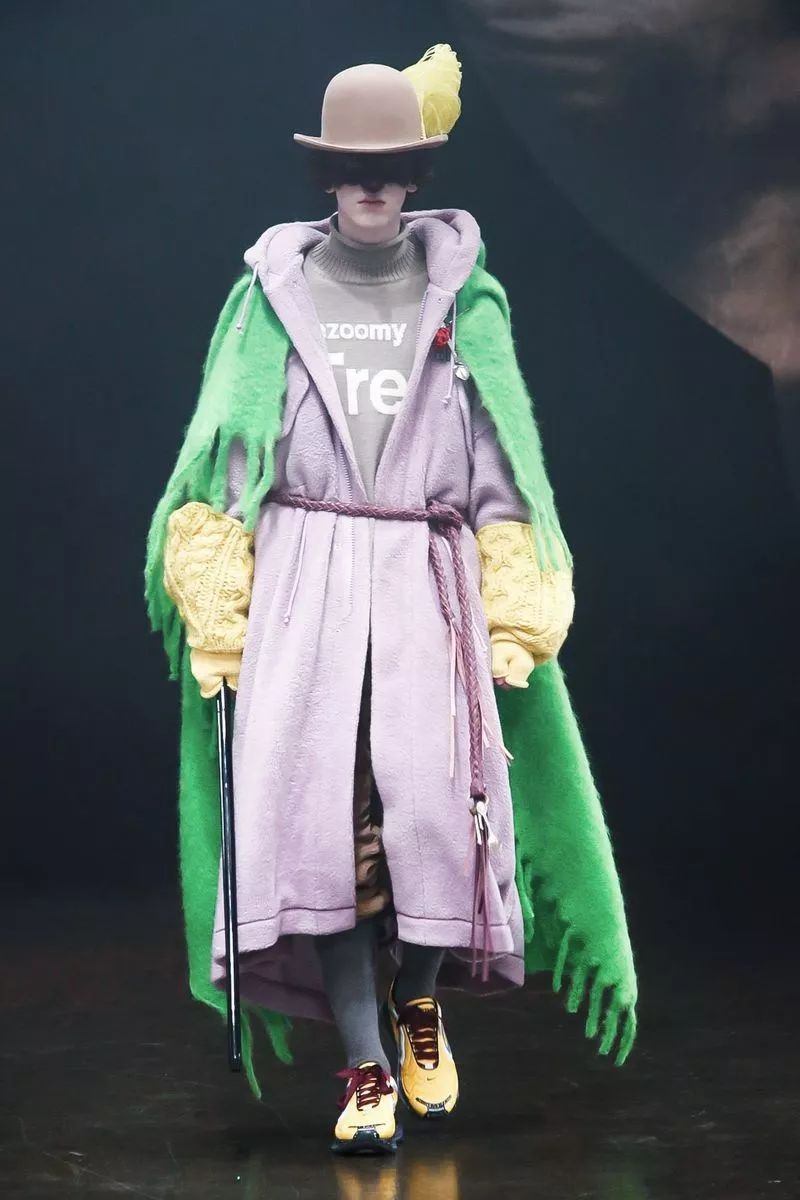 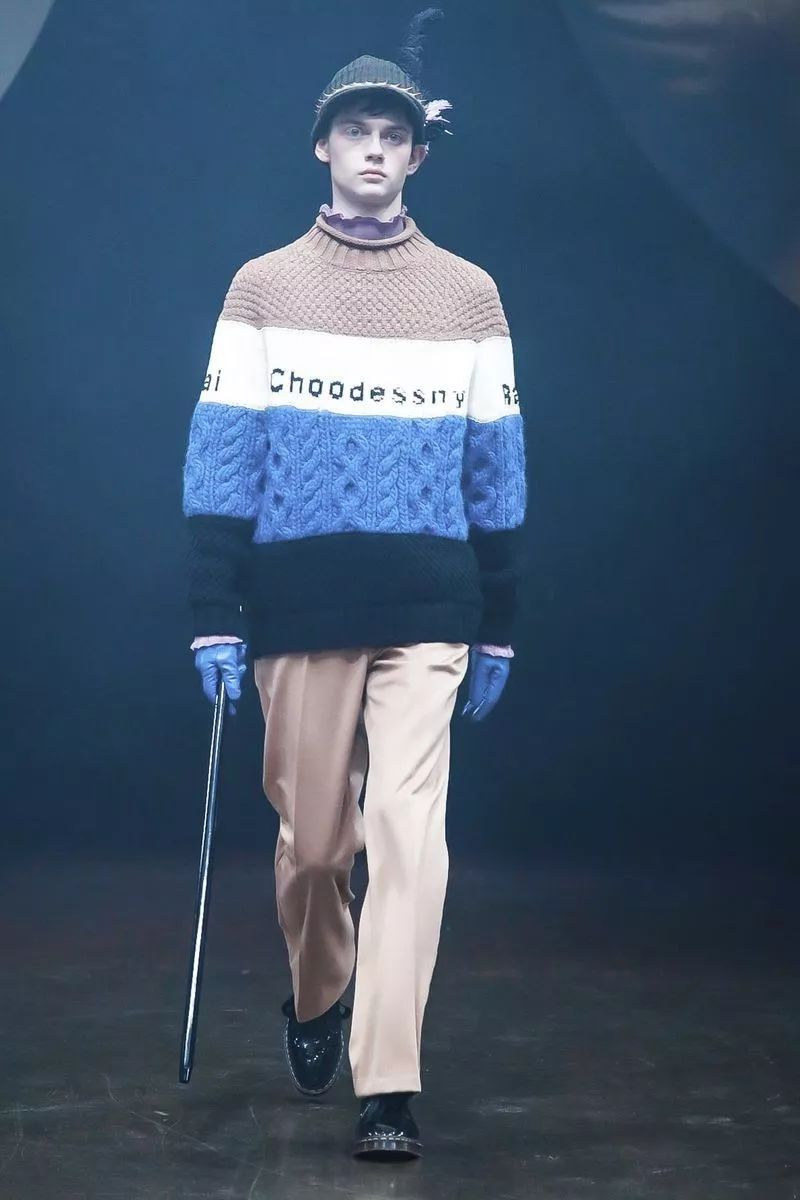 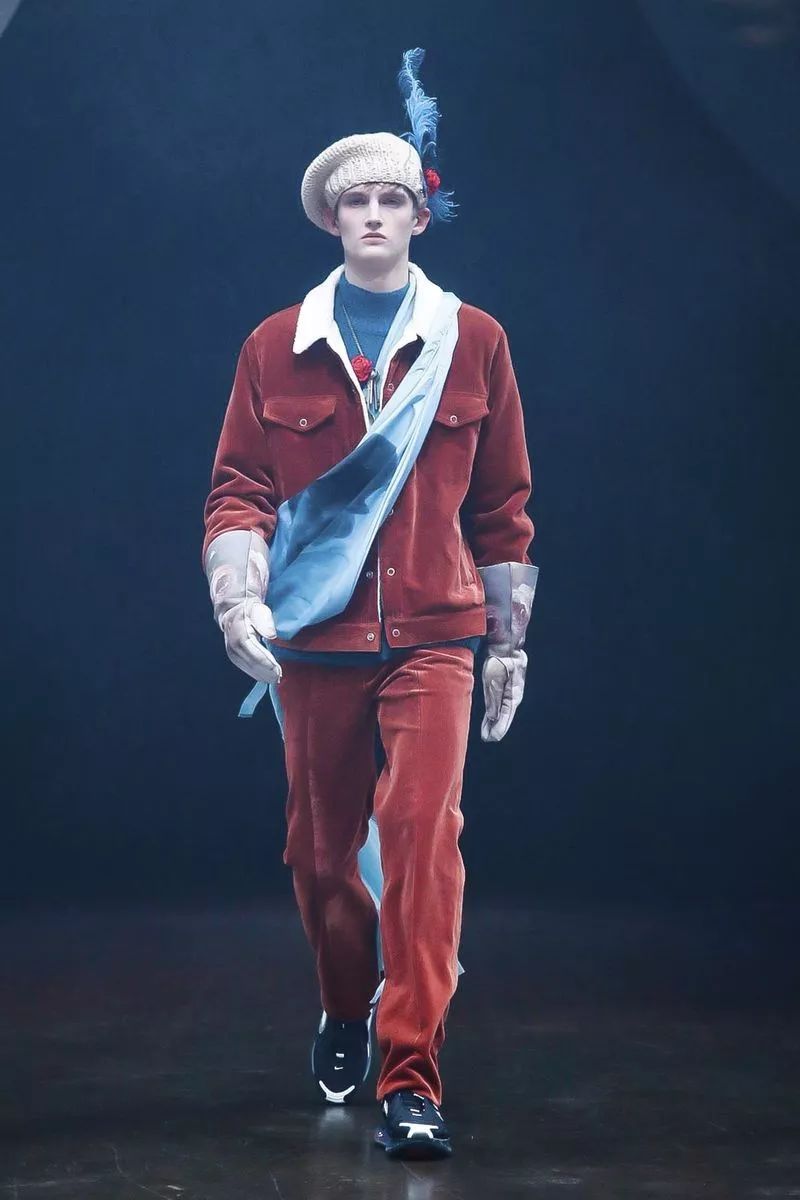 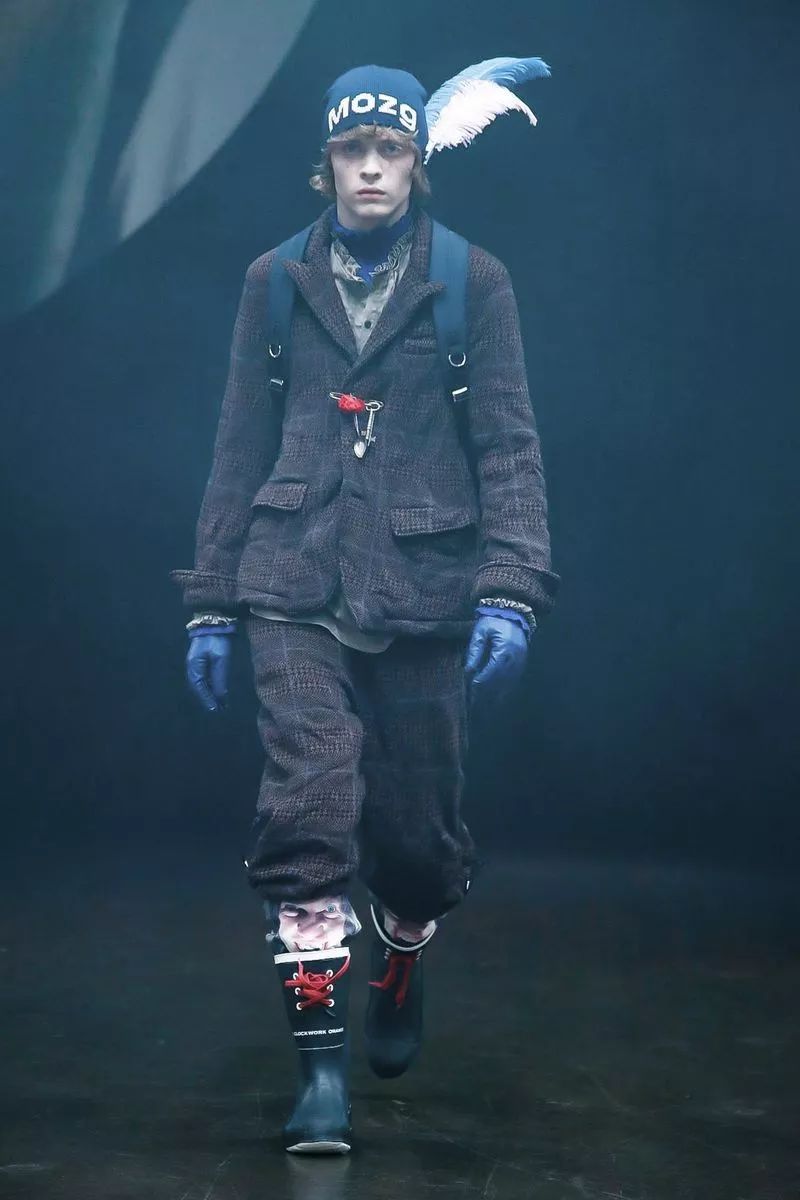 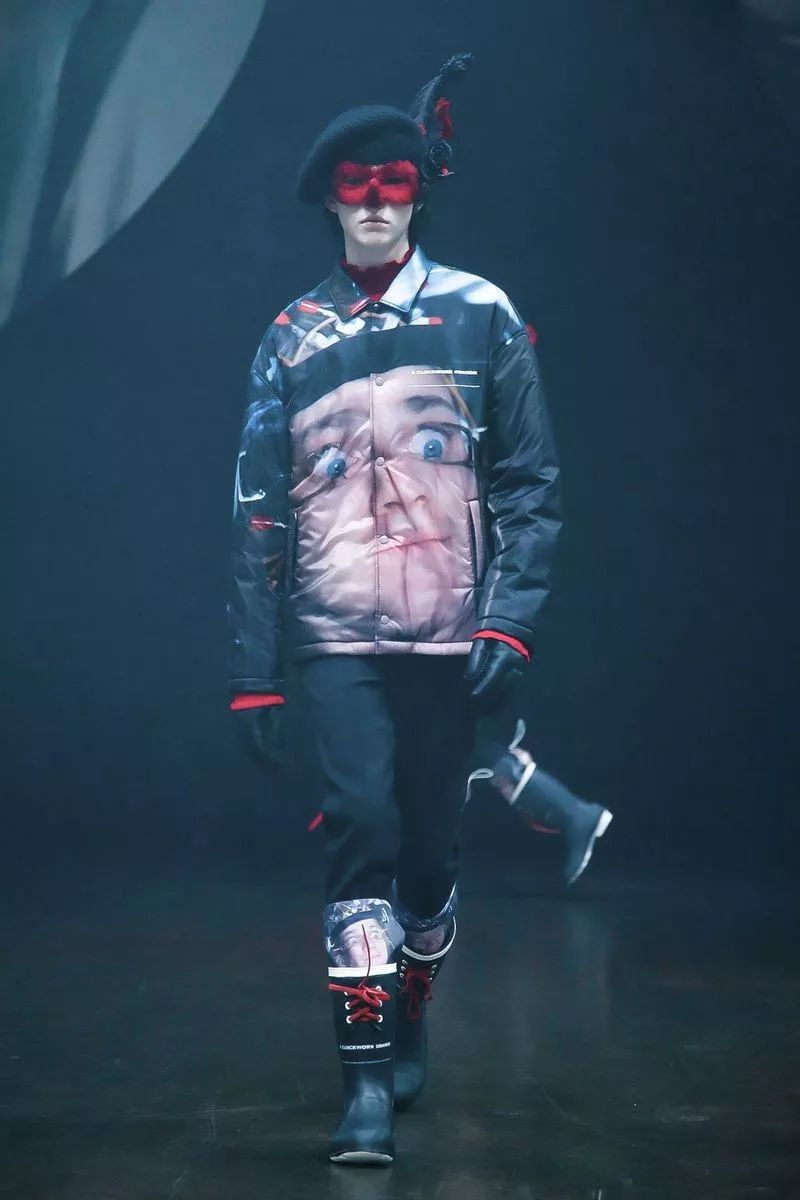 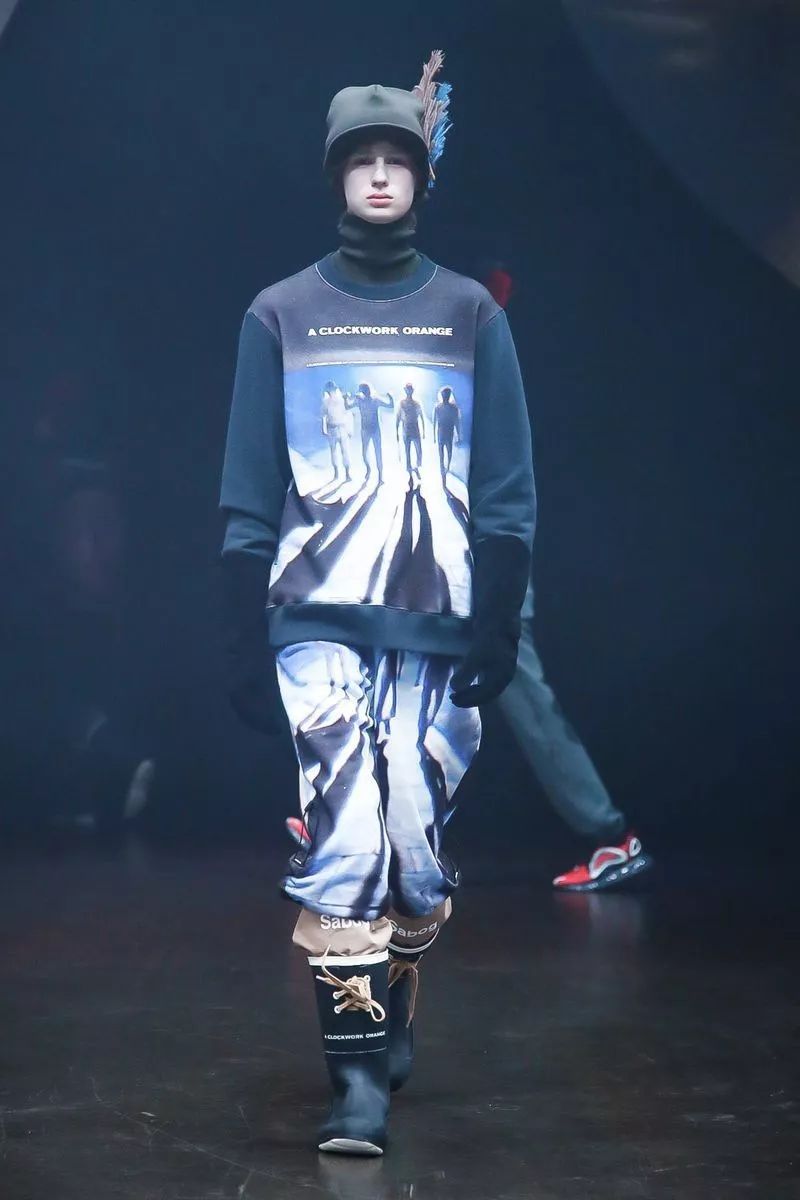 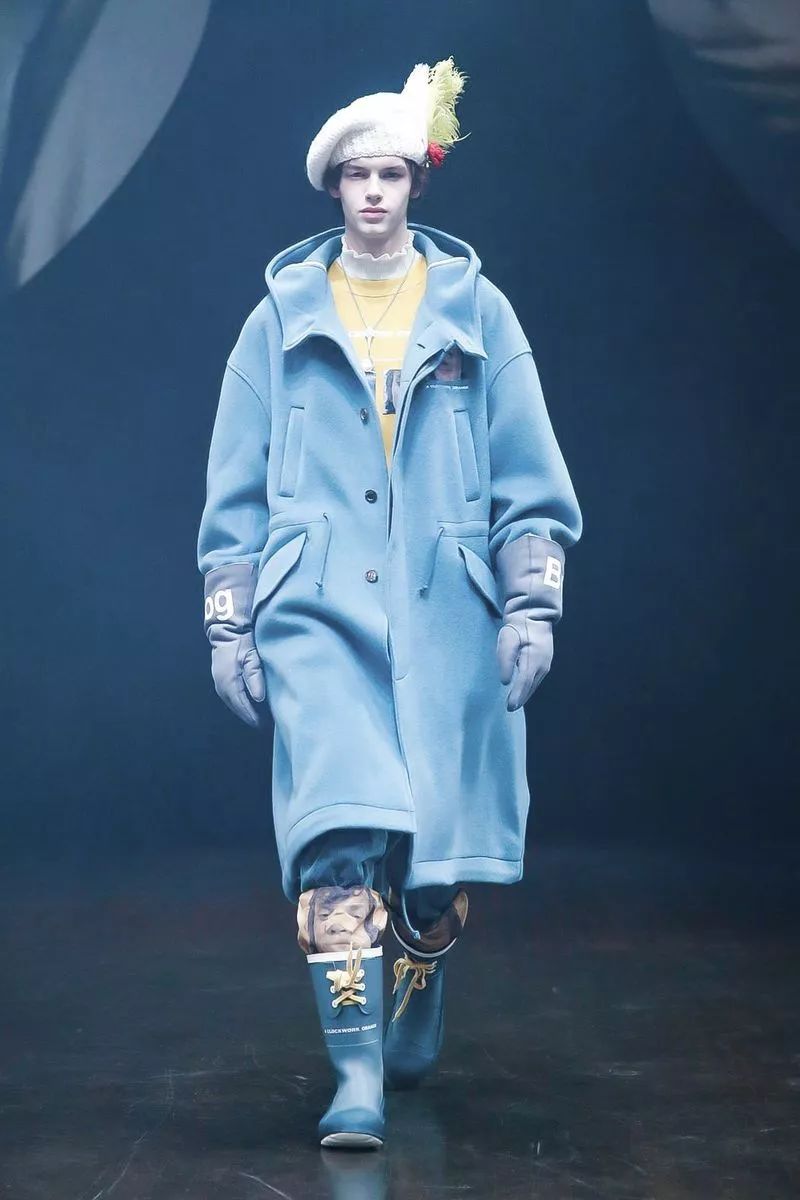 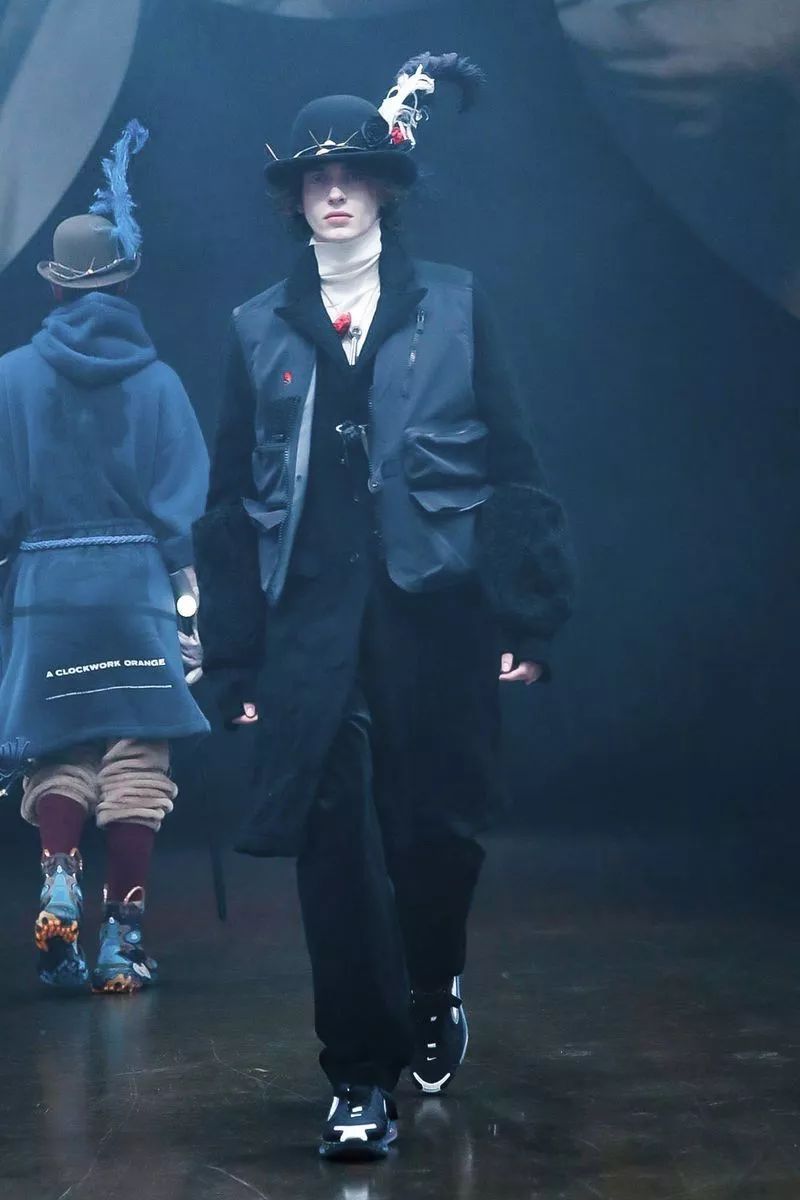 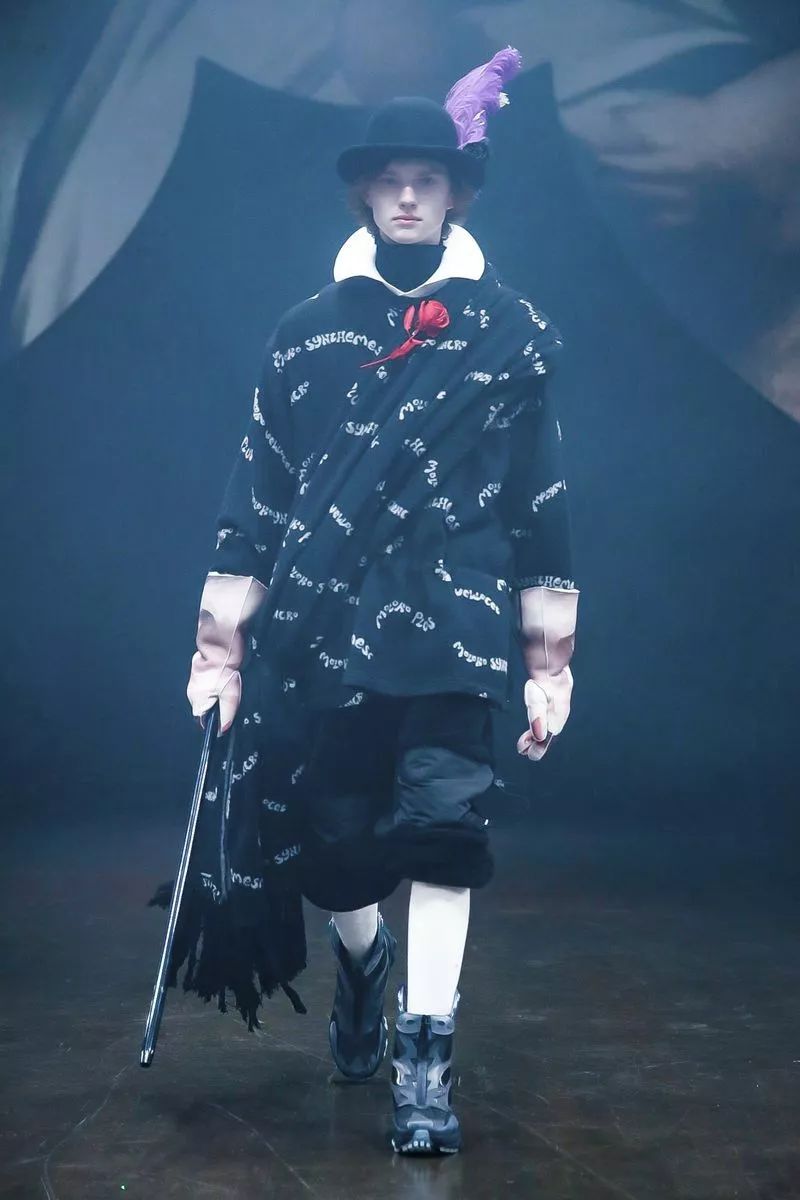 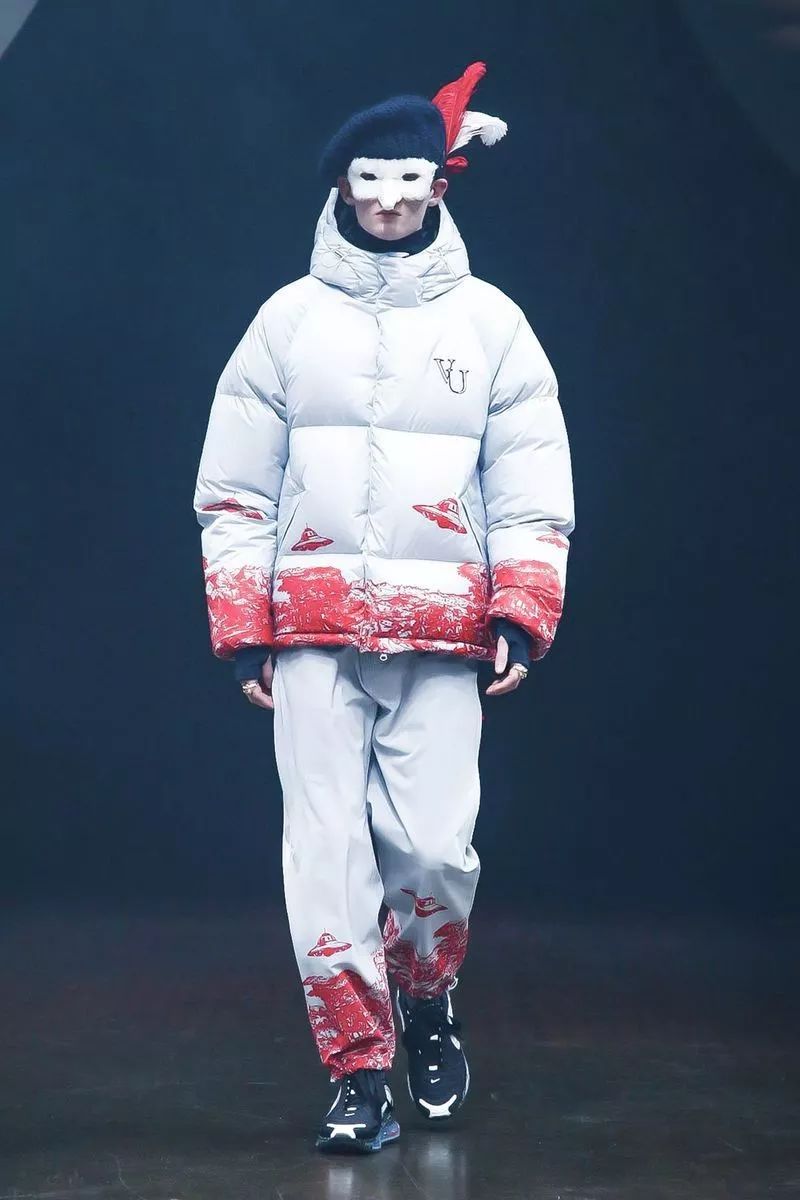 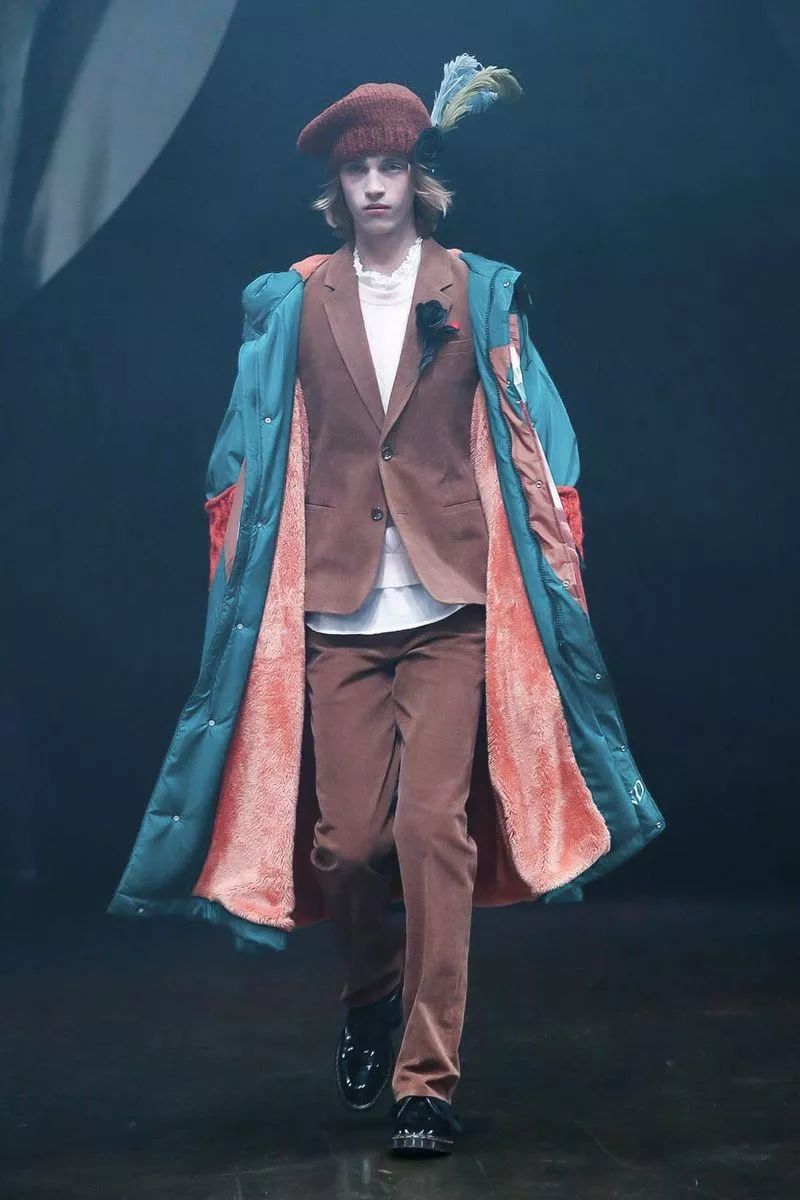 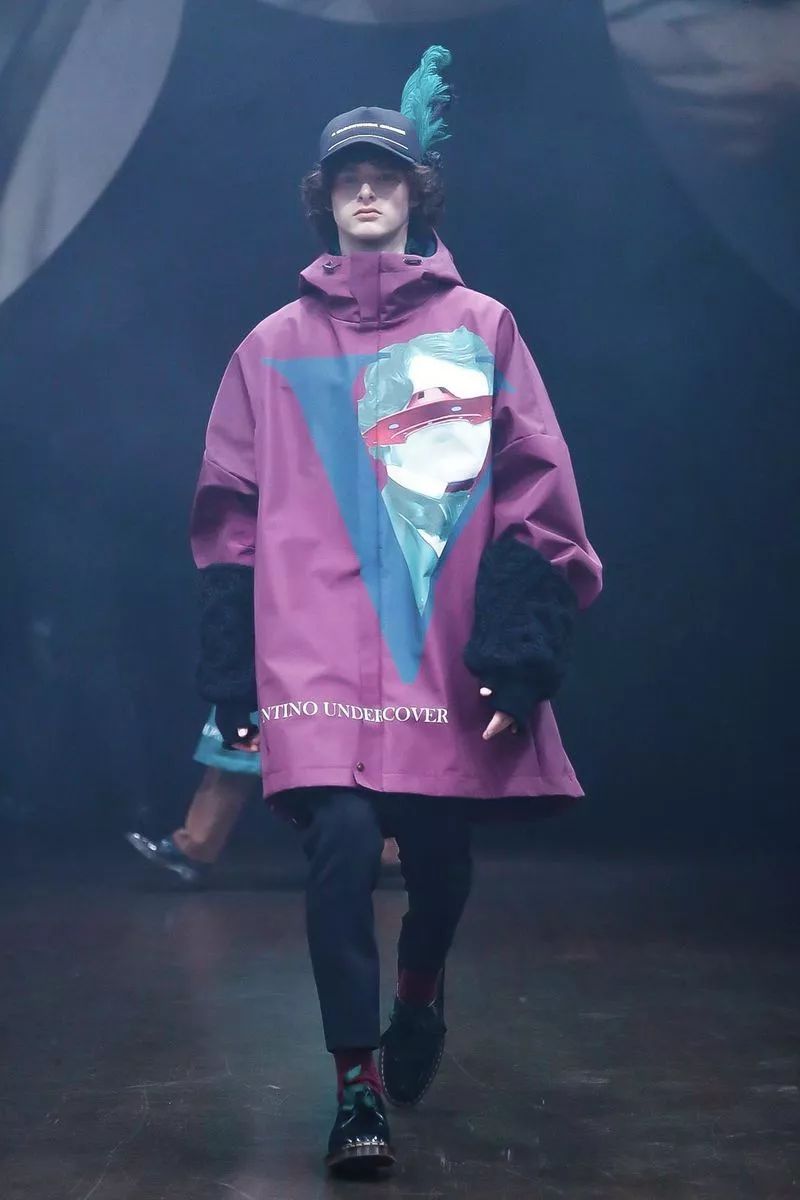 In addition to collaboration with Dr. Martens and Valentino, UNDERCOVER has also re-exposed its joint venture with Nike. Magnificent ACG-style shoe body with the React Element and the Air Max 720 with splashing Element. 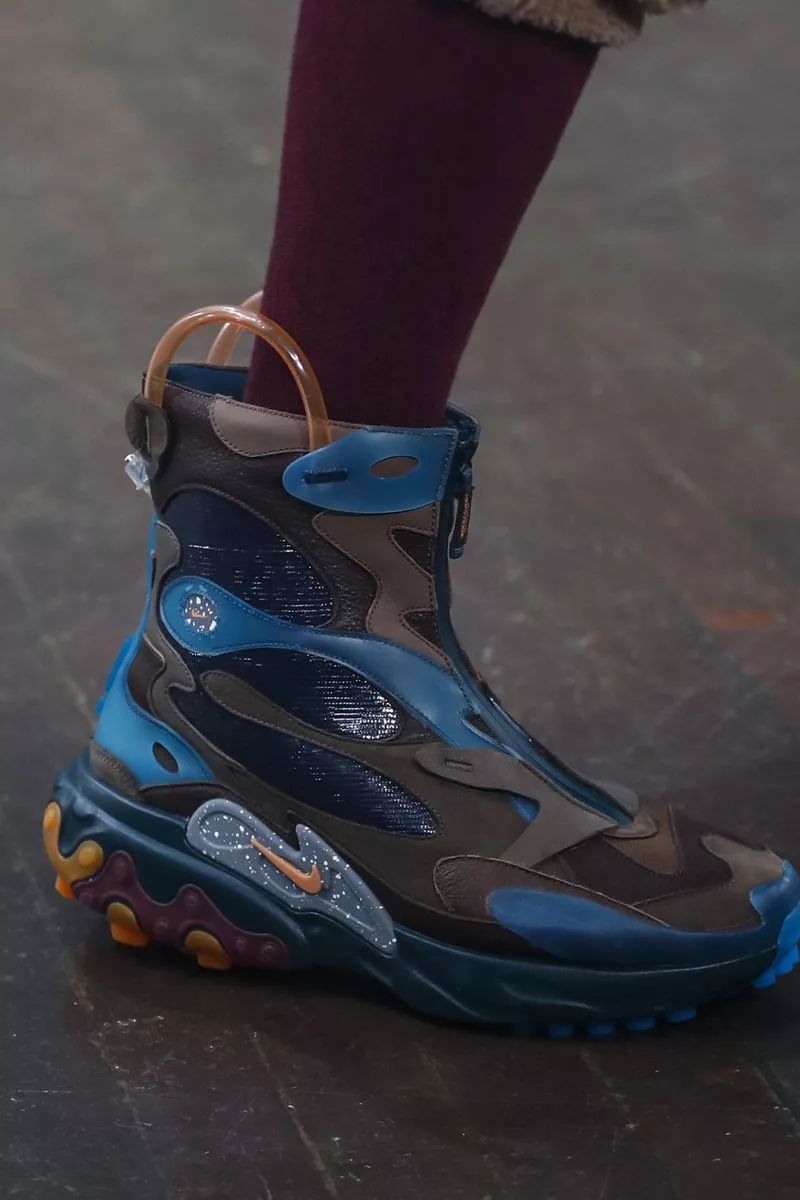 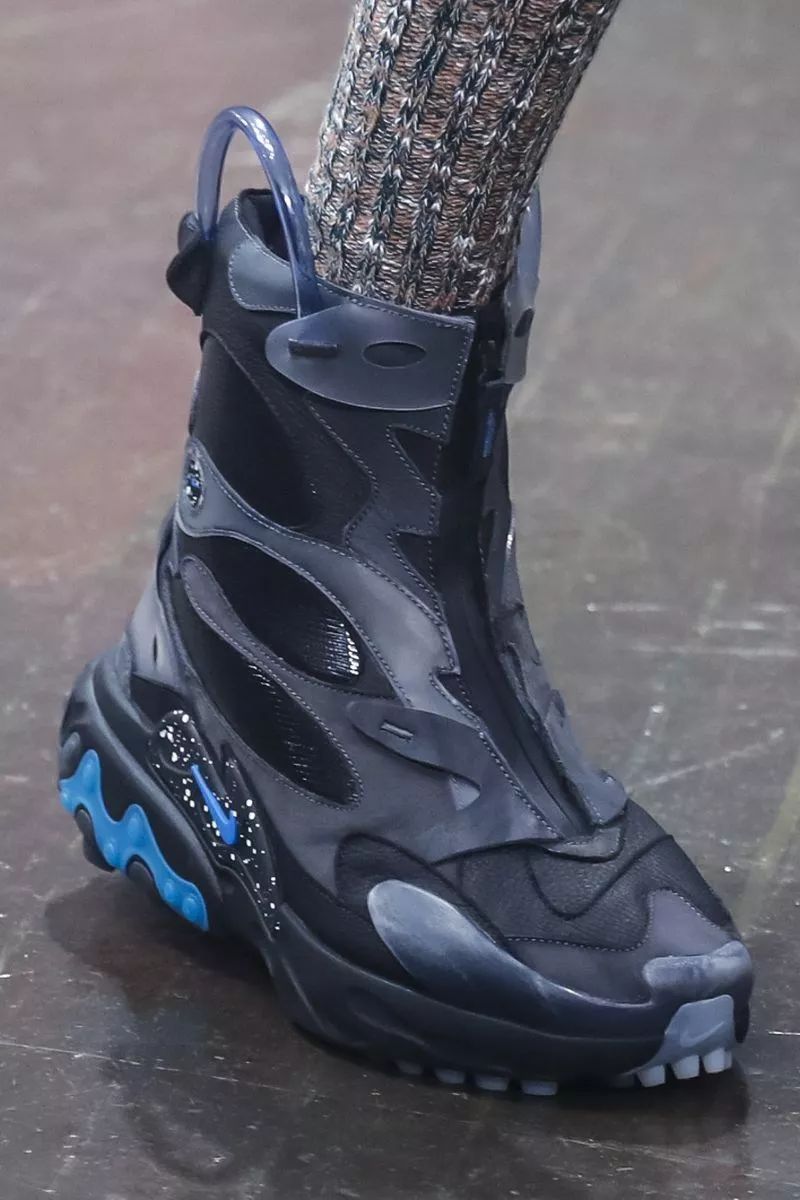 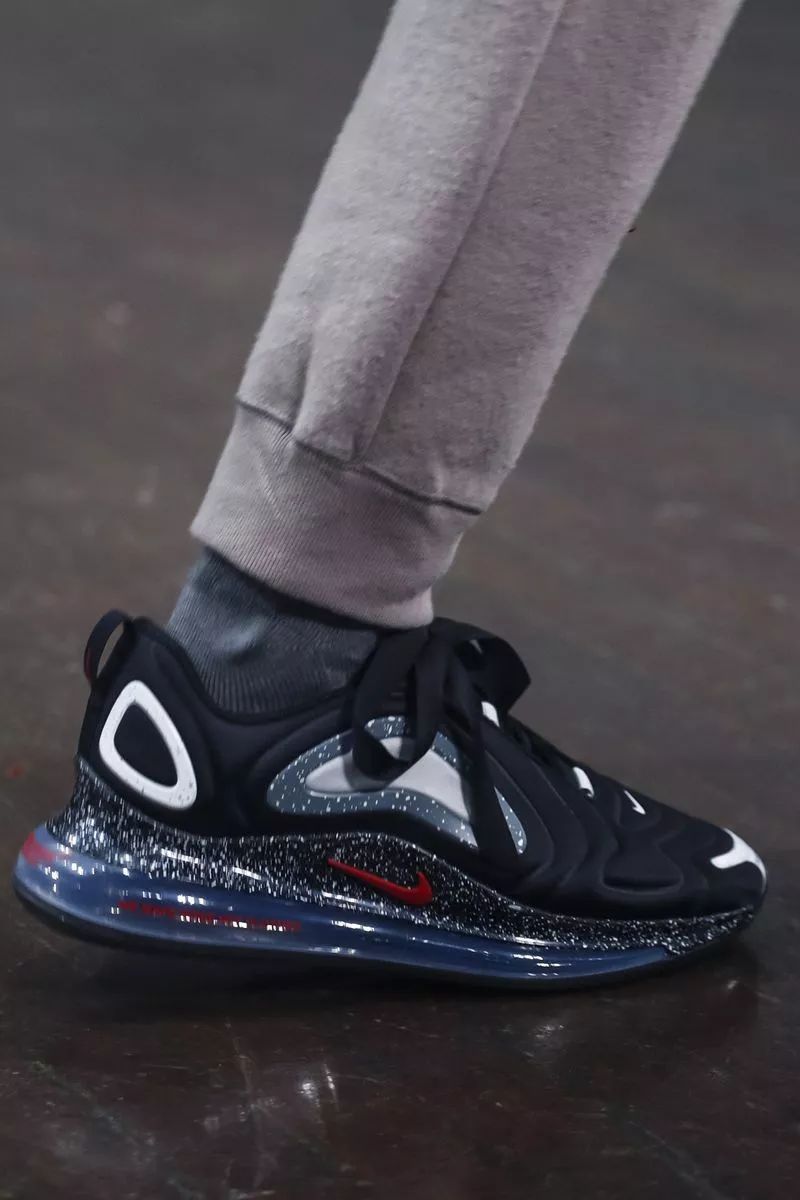 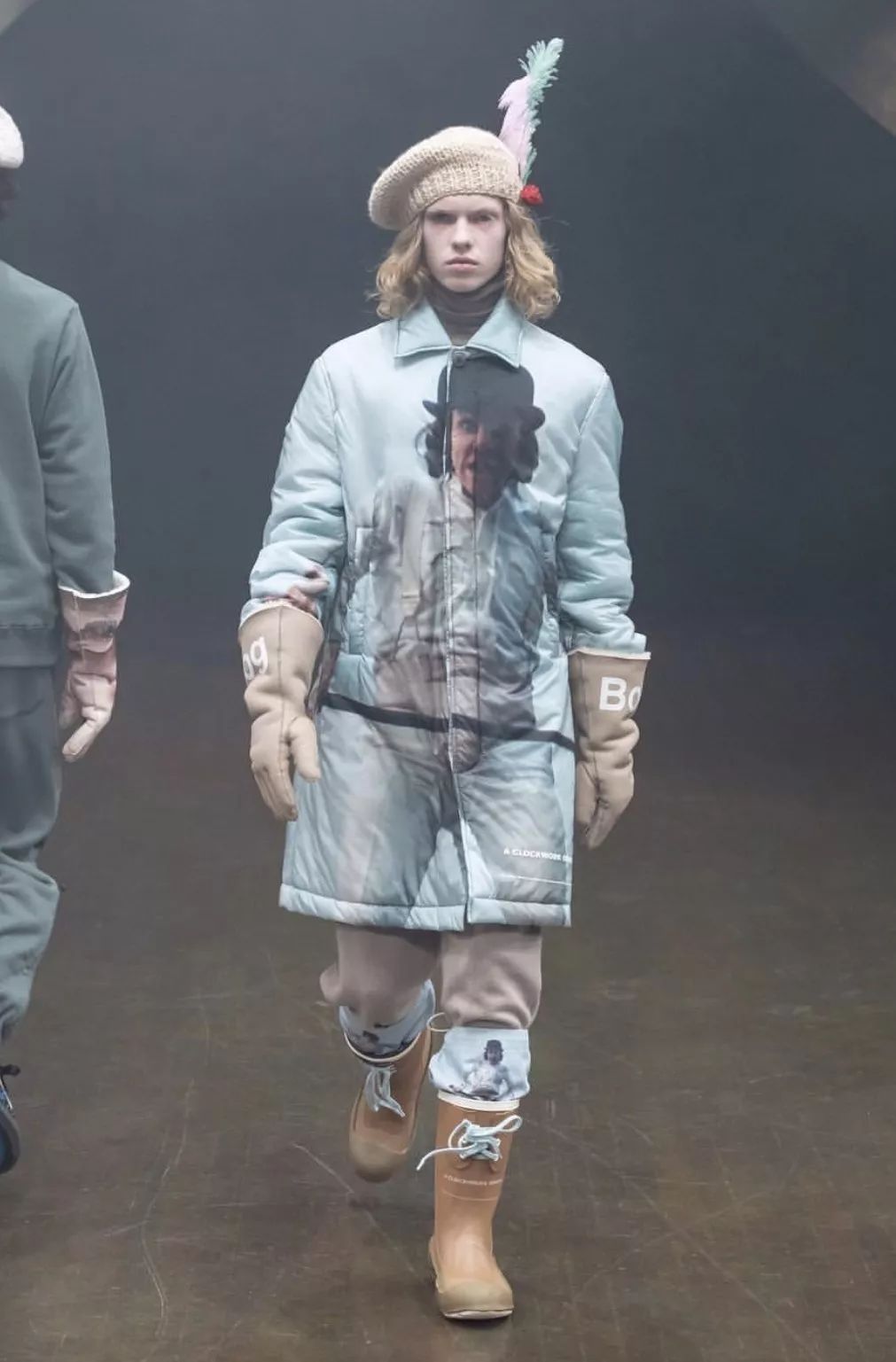 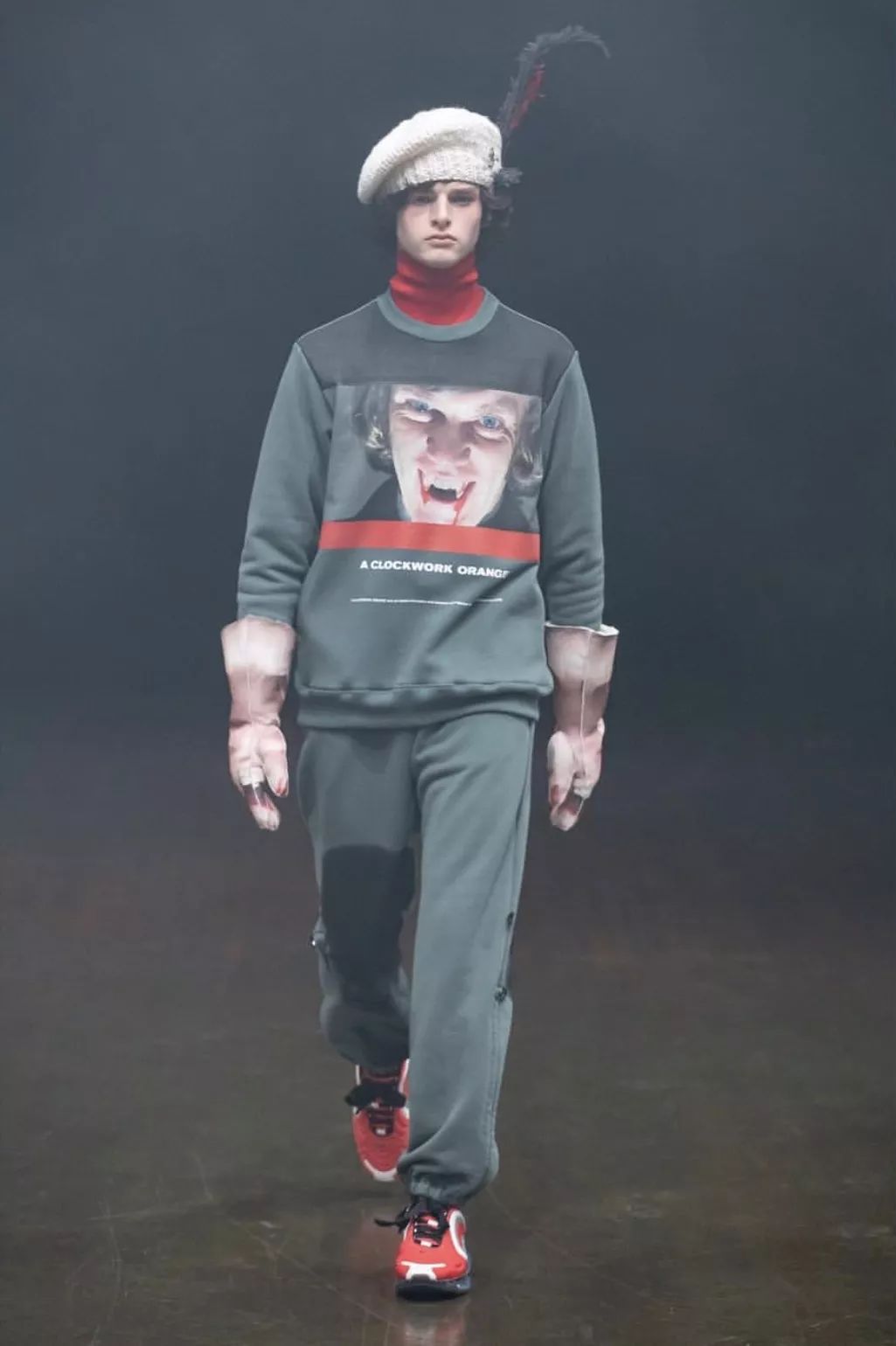 The mysterious atmosphere of the show was manifested through dark lights, the huge curtains and chaotic smoke. Fairy tail-like characters like Robin Hood and Zorro, The Clockwork Orange's evil and charming thug, Alex, played by Malcolm McDowell, are to be printed on the clothes of new collection. “The Droogs” became the name of the series. 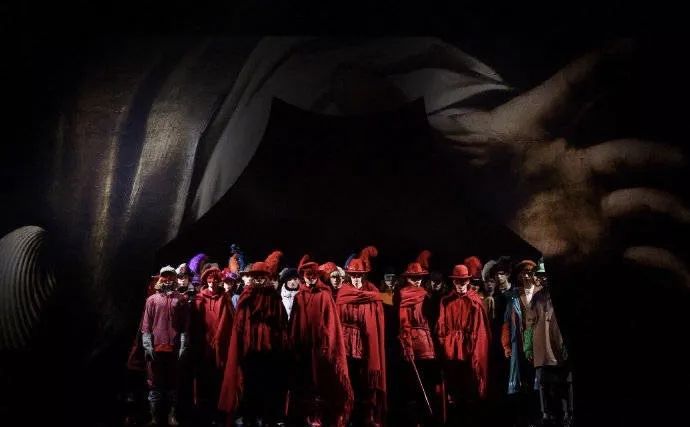 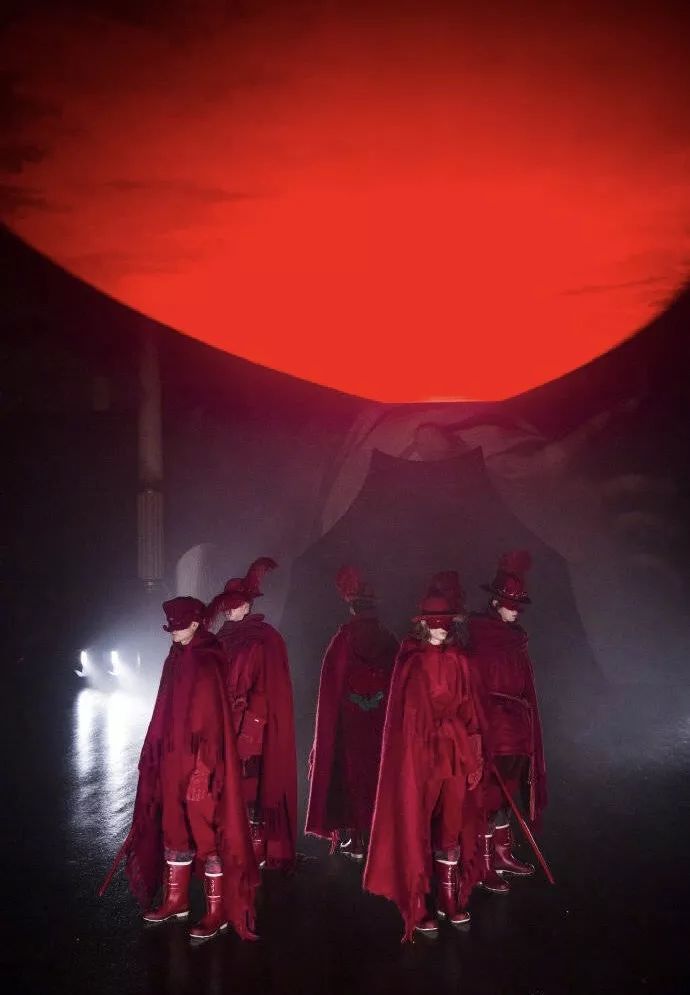 ENDING OF THE SHOW 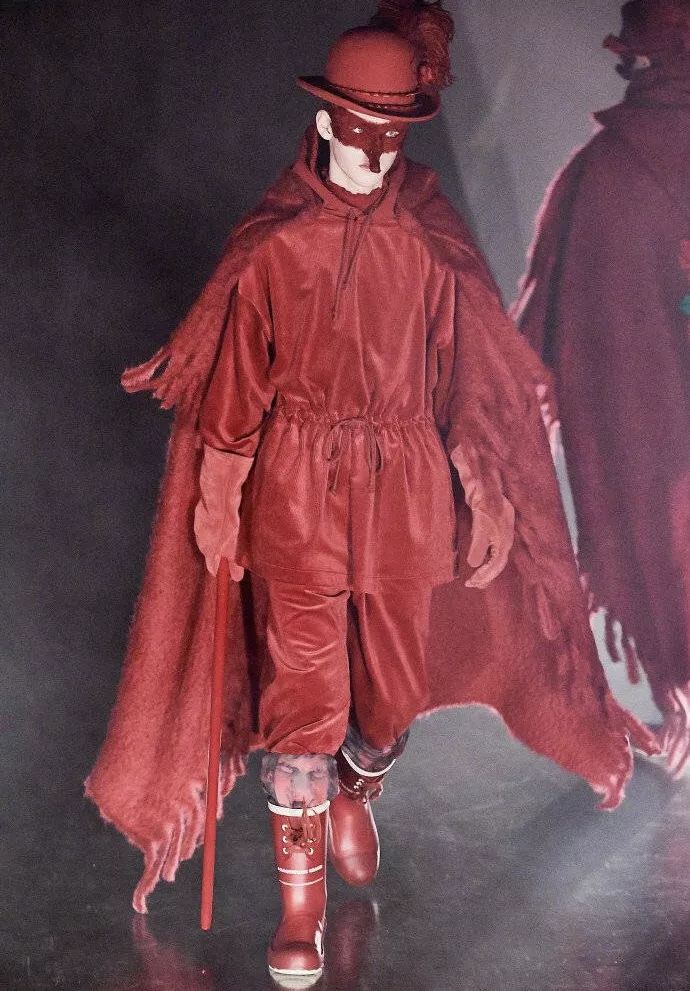 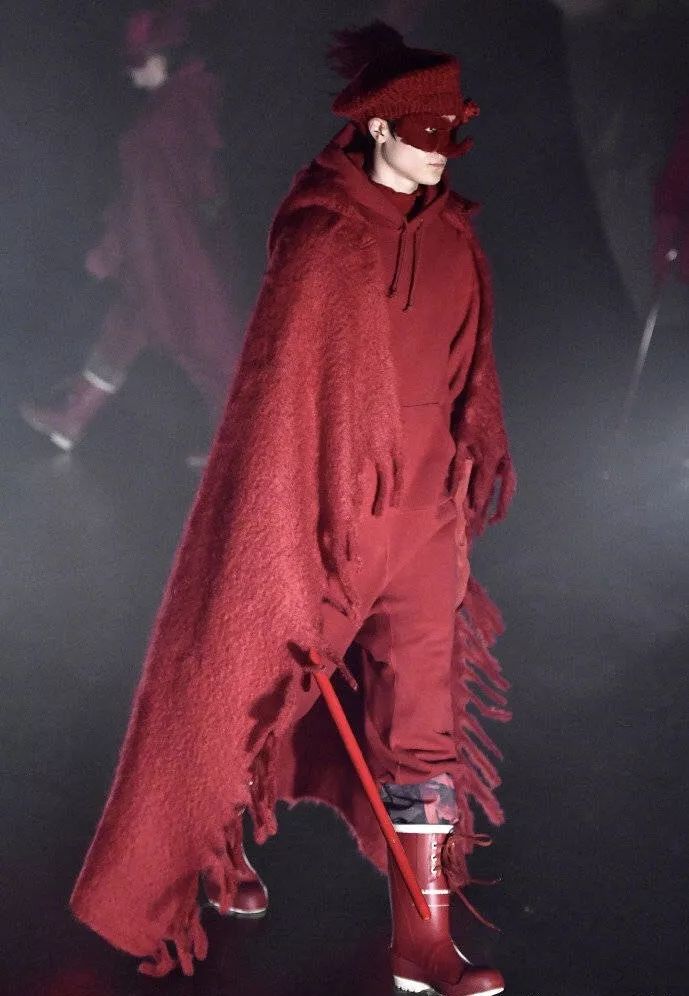 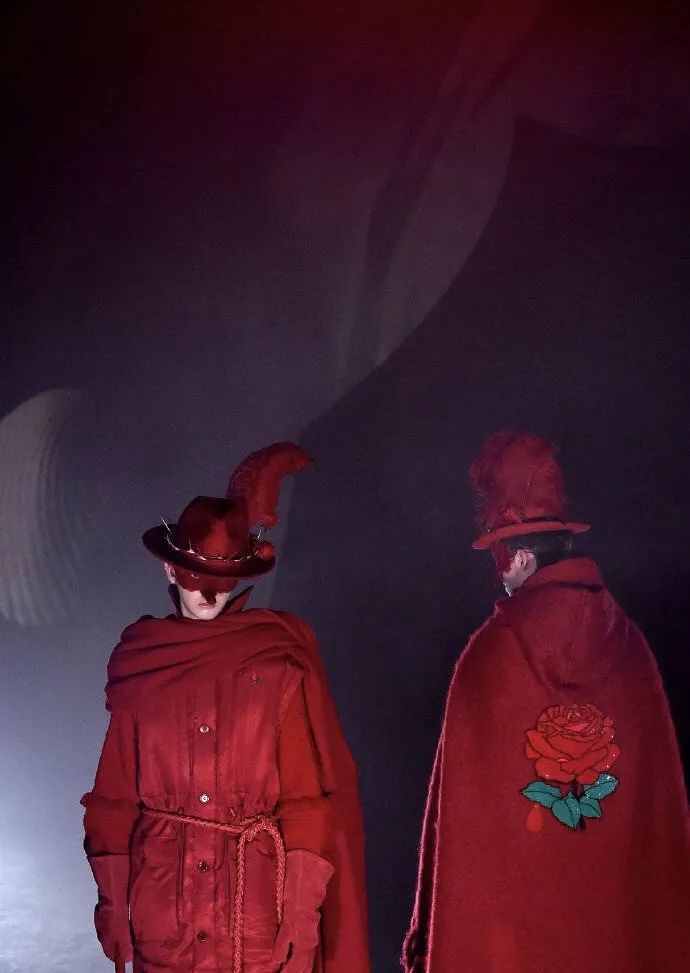 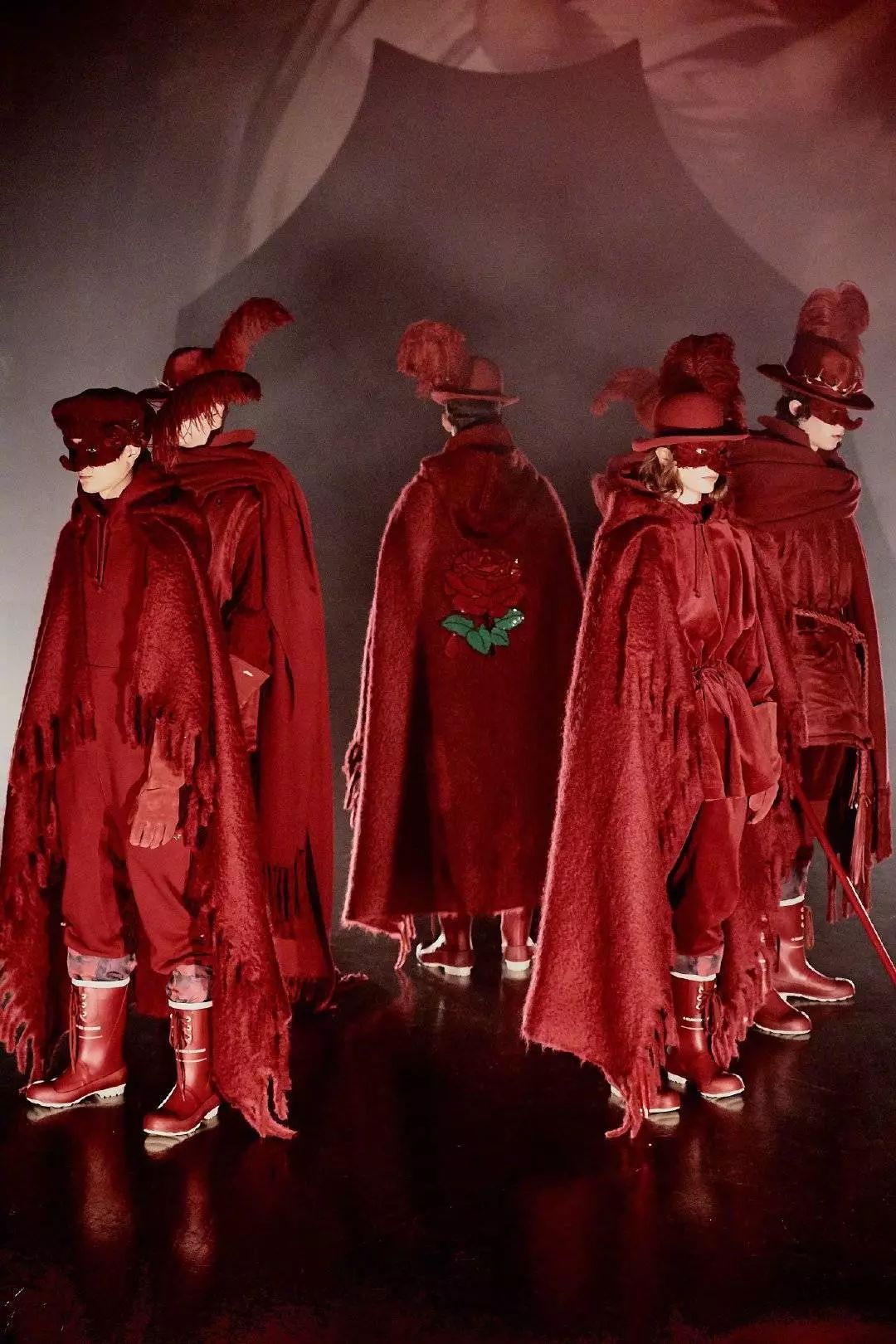 Through a near-stage show full of punk, each design that blends into bizarre, complex and unconventional spirit. Portraying somewhat twisted heroism, UNDERCOVER is not only the clothes from Takahashi, but also the way to speak to the world.